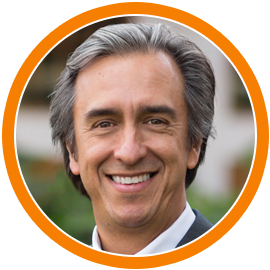 Mr. Derycz founded Reprints Desk and parent company Research Solutions in 2006 and has served as its Chief Executive Officer and President since its inception. In addition, Mr. Derycz is a Director and was Chairman of the Board of Directors through August 2015. A founder of Infotrieve, Inc. in 1989, Mr. Derycz served as its President from February 2003 until September 2003. He served as the Chief Executive Officer of Puerto Luperon, Ltd. (Bahamas), a real estate development company, from January 2004 until December 2005. He currently sits on the International Advisory Board of the San Jose State University School of Information and was as a member of the Board of Directors of Insignia Systems, Inc. (NASDAQ:ISIG), a consumer products advertising company from 2006 to 2014. Mr. Derycz received a B.A. in Psychology from the University of California at Los Angeles.

For over 20 years, Mr. Derycz he has been actively involved in designing, developing and deploying large library and document management systems that focus on delivering large amounts of information to information users in local and global settings.  In the library world, he is known as one of the founders of the “pay-as-you-go” approach to acquiring and delivering scientific information.

Mr. Urban joined Reprints Desk and parent company Research Solutions in 2011 and has over 20 years of experience in corporate finance and accounting. Mr. Urban has previously served in numerous senior management positions, including: Vice President of Finance and Treasurer for Infotrieve from 2000 to 2004; Chief Financial Officer of a leading online poker company from 2005 to 2006; and Chief Financial Officer of ReachLocal (NASDAQ:RLOC) from 2007 to 2009, an internet marketing company that ranked #1 on Deloitte’s Tech Fast 500 List.

Mr. Urban has also held positions as an audit and tax manager in public accounting, and as an internal auditor. He holds a BS in Business, with a concentration in Accounting Theory and Practice, from California State University, Northridge and has been a Certified Public Accountant (currently inactive) since 1998.

Scott Ahlberg joined Reprints Desk and parent company Research Solutions in 2006 and has decades of experience in content and startup businesses. Mr. Ahlberg started with Dynamic Information (EbscoDoc) in the 1980s, then went on to lead Sales and Marketing at Infotrieve, Inc. during many years of rapid growth in the 1990s. After leaving Infotrieve in 2005 Mr. Ahlberg provided consulting services to ventures in professional networking and medical podcasting.

His areas of expertise include strategic planning, operational innovation, copyright and content licensing, and quality management. Mr. Ahlberg has degrees from Stanford University (BA, 1984) and the University of London (MA, 1990). 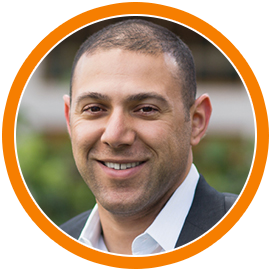 Mr. Nissan has 15 years of experience in systems architecture and technology build-out. Mr. Nissan is an experienced software developer with strong hands-on management and interpersonal skills.

Mr. Nissan has performed full implementation and integration of custom software solutions for clients, including interviewing users, gathering requirements, analysis, design, and documentation.  During the past 15 years, Mr. Nissan has held various technology architecture positions at Infotrieve, Ultralink, and MPDN.